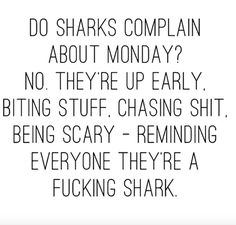 It’s a brand new week and life is happening all around us….

This weekend we had a busy time, McKinley decided that she wanted to try to climb stools in order to get to where we usually leave our cell phones charging… this wouldn’t be bad if it wasn’t in such a place where she could hurt herself or continuously step in the animals water dishes… She pretty much loves cell phones now yup we have created a monster so to speak and well what can you do … she may now say Mom and Dad but telling her no or trying to get her to understand that playing in the animals water is a no-no doesn’t work just yet lol… We also have it busy with the rest of the family…

Savy scored 5 goals in her soccer game on Saturday which is the game that my hubby and I missed due to his downhill mountain bike race… He took 2nd in his class and first in my heart… we were both very upset though that we missed our soccer stars game where she kicked some major butt… Life goes on and the days continue but as a parent you always want to be there, so even though he did well on his own accomplished race the excitement was all for her and that was perfect… #teamsavy

We had my aunt in town from Indiana and got to spend some down right good quality family time too and that was so great! I really love family. I have always felt that family is above all.. I think that for myself coming from such a huge family I had that ingrained in me where Chad is a little different on that subject. He is an only child with a small family and therefore we do not view “family life” always to same but we try our best… Having girl issues is hard for him too..  on top of her magnificent soccer win she sucked herself into a world of girl drama and didn’t tell this mom the whole story on some things leading to her phone being taken away and the smack down began.. that is where we have our downfall in our home.. I don’t ignore the bad behavior I put that crap on time out and he sits there and “doesn’t see it” well I’m a girl and I know better.. I also know lots of tricks, I may have pulled them too so not much gets past me not even the eye rolls.. I have started to ask her OMG are you ok did you just get something in your eye do you need some eye drops really loud (she hates eye drops lol) .. he is a really good dad but having a daughter who fears you when she does something wrong is always better than the daughter who thinks “oh Dad wont care”… crazy kids lol

Only 10… they grow up so much faster in society today… with the modern world that offers so  many avenues in life it’s up to us to lead them in the best path we can. As parents we will probably need a vacation or two during the teenage years when we feel like we are the ones who wont survive it but we can do our damn best going into them… we are getting close.. I feel like he will wake up one day and be like WOW what just happened and maybe then he will put a bigger foot down and say no a little more than I or her mom do… I think for him too having one child who is growing too fast and the other with such extensive medical issues is rather hard and being a man who is strong and who wants to be able to provide and “fix things” I give him a lot of credit for taking on life the way he does.

I always have felt like my Dad is my rock and I know that someday the girls in our home will look at my husband and say the same thing… Having a man who continues on despite the challenges life throws shows great character. I know my Dad is my #1 and I think our girls think the same… McKinley sure does she loves them both her grandpa and her dad more than anything. Last night the only person she wanted to hold her was grandpa… the love is endless between them its pure joy to watch.

Mondays are hard for us all especially when you had a busy weekend or you just can’t wake up. They are drastic and running into work on a Monday makes your brain go”Whyyyyy Meeee???!!!” but we need Mondays no matter how awful they are, they start the week that ends with the weekends full of life and hopefully laughter and of course some crazy times ahead.

Take on Monday guys and conquer it, just like McKinley is doing today in her therapy class.. 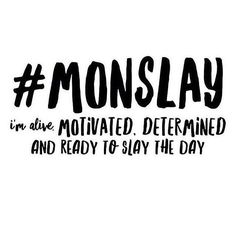 In A world where you can be anything, Be kind